Due to the disruption caused by the COVID-19 global pandemic, the deacon was taken to dance the 2020 event and hold it in 2021 as originally planned for 2020.

As such, the date of the Celtic Challenge its expected to be 1/2 May and is being held at Glasgow Petanque Club.

The Players’ Information document can be found here.

The Wales Squad for the 2021 Celtic Challenge will remain the same as they qualified for the 2020 event and is:

Due to the movement of the early May Bank Holiday in 2020, the date of the Celtic Challenge was  confirmed as 9/10 May and was due to be held at Glasgow Petanque Club.

However, the unforeseen outbreak of the COVID-19 pandemic put paid to the event, which was initially postponed to October, before the SPA finally took the difficult decision to cancel the event completely.

The Presidents of each Association met and decided that the fairest thing to do was to completely rule 2020 void and move everything back to 2021, with Ireland hoaxing in 2022.

Thankfully, the Glasgow Club are happy to host in 2021

History of The  Celtic Challenge

In 1989 the Scottish Pétanque Association accepted an invitation to play Wales in Cardiff, Scotland won.
The return match was held in Stirling in 1990 and following a request from Northern Ireland to be included, the Celtic Challenge was formed.
In 1991 the Irish Pétanque Association was formed and the third Celtic Challenge was held at Clandboyne, Northern Ireland.
The Celtic Challenge is played over two days, each nation supplies four teams of three players with the host nation supplying an additional ‘B’ squad.
The winner is the squad who achieve the most wins after twelve rounds (when each team has played against all the opposing teams). The host nation’s ‘A’ and ‘B’ squad play each other in the first four rounds on the opening day.
Strong competition coupled with a social and friendly atmosphere combine to make the Celtic Challenge one of the highlights of the pétanque calendar.

Going into the 2020  competition the standing is:-

2019 saw Wales hosting the 31st Celtic Challenge, the annual pétanque competition between Ireland, Scotland and Wales.
This year it was held at Pontyclun PC, over the weekend of 4/5th May.

This years Celtic Challenge was opened with welcoming words from Cllr. Margret Griffiths, Rhondda Cynon Taff and her husband Cllr. Paul Griffiths, leader of Pontyclun Community Council, these were then followed by welcoming speeches from Bob Pugh, president of the WPA, Heads of delegations for Ireland and Scotland along with Gareth Jackson, President of the hosting club (Pontyclun PC) and Bob Parker from the English Pétanque Association, our guest umpire.

The competition started and all teams were up to the challenge, Wales A had to play their first games against Wales B which was a tough fought battle with Wales A finishing 8 – 4 ahead at the lunch break.
Similarly, Scotland were showing Ireland no quarter in their early rounds and they too finished 8 – 4 up at the break but Wales A were ahead on points.
The afternoon session started with Wales B taking games off Wales A, Scotland continued their strong play and by the close of play had held their nerve and continued to take games from all angles including those against the home nation.

Day two and thankfully the continuous cold breeze of the previous day had dropped, during the morning there was actually a considerable amount of sunshine.
Sunday morning saw Scotland off to a very strong start winning three of their first four games against Wales A in round one, round two was no better for Wales A as they lost the next round again 3 – 1. In the final round of the morning it was Wales A’s turn to face Ireland but unfortunately this too resulted in a 3 – 1 loss.

The afternoon session got off to a better start with Wales A winning all four of their games against Ireland but Wales B had now come up against the mighty Scottish side.
By the end of the twelfth and final round, Wales A managed to win eight of their games with Ireland winning four games. Wales B had struggled against the Scots only winning 4 games out of the 12 they played in the afternoon.
The glory and the 2019 Celtic Challenge went to Scotland making this a record successive sixth win for them and brings them level with Wales as both countries have now both won it 13 times since it started back in 1989.

Next year it is being held in Scotland. 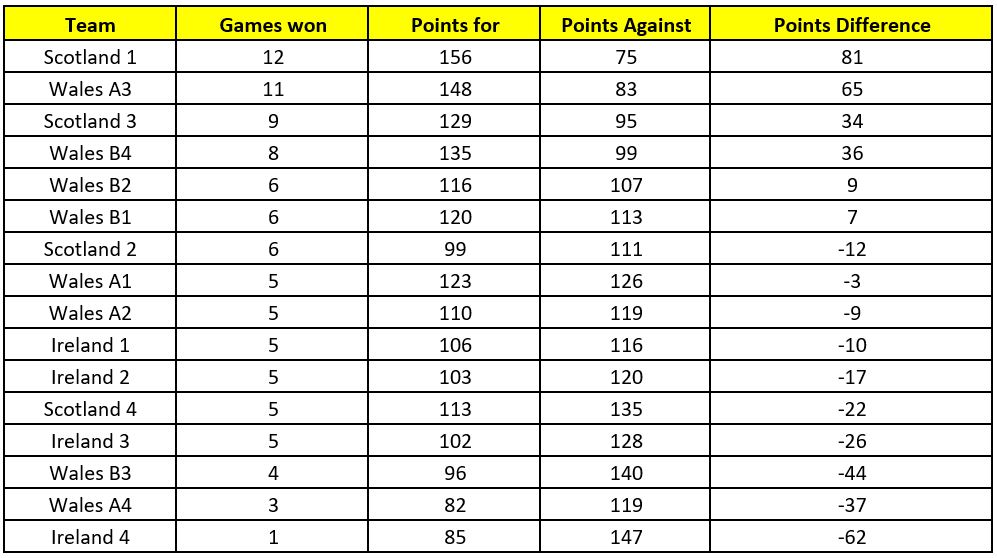 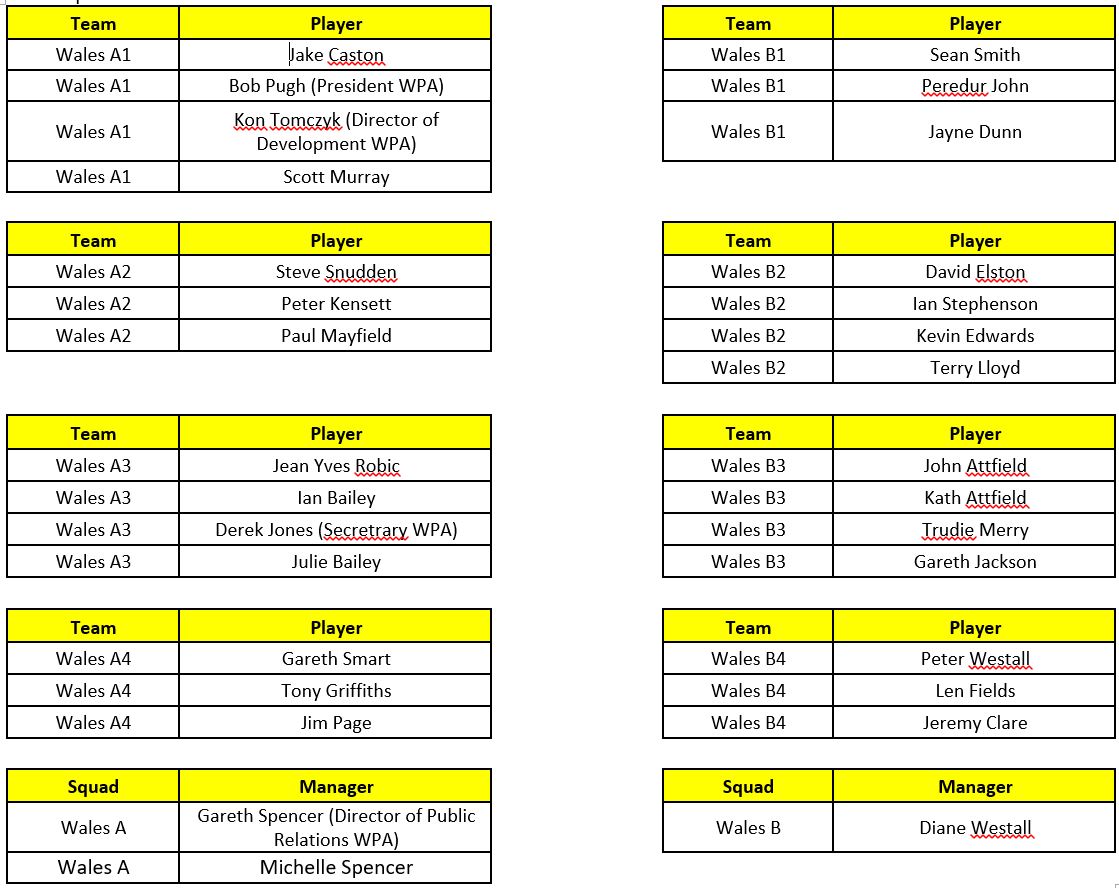 Double click on any of the photographs above to enlarge.